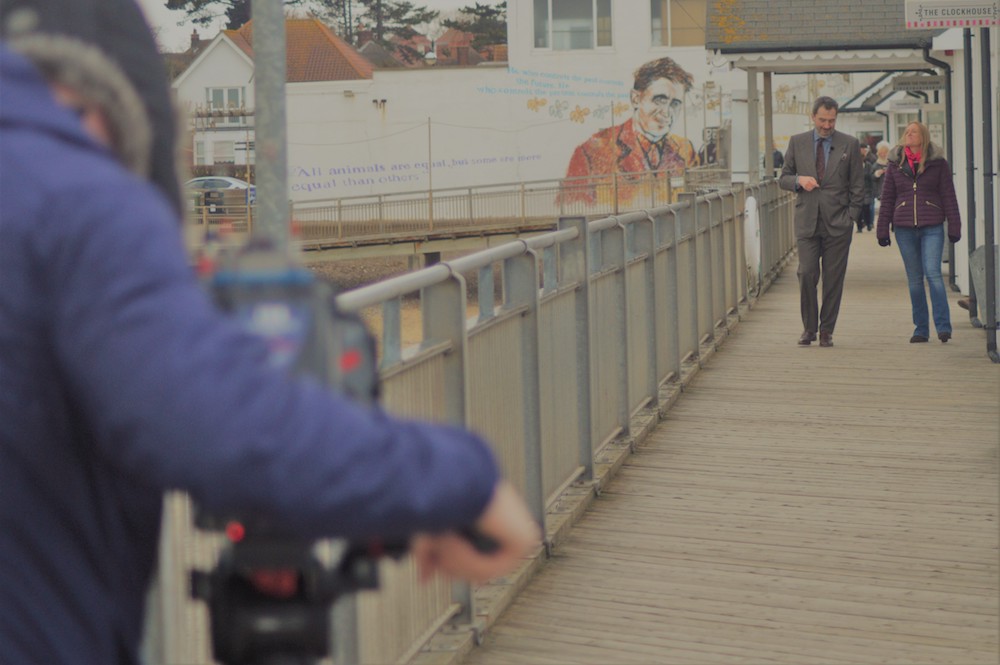 This summer Southwold Pier is set to feature on the small screen in one of the BBC’s most popular daytime shows.

Earlier this year The BBC’s Antiques Road Trip brought their cameras to Southwold Pier as part of their tour around the UK.

The popular programme takes teams of antiques experts around the country in search of historical treasures, in a battle to see who can make the most money in the auction at the end of the programme. As well as their time at antiques fairs the programme visits local places of interest, and explore the history of the area.

This particular episode is looking at the history of the seaside holiday, so a stop off at the Pier was an obvious choice. The very last pier to be built in the Victorian era, Southwold Pier was initially a docking station for steamships before attractions were added to the boardwalk over the decades. It’s also weathered its fair share of disasters; including floods, storms and being struck with a rogue mine in the 1940s.

The crew spent several hours at Southwold Pier, and ended the shoot with a portion of our fish and chips each. Well, can you blame them?

The episode is due to screen towards the end of summer, keep an eye on our social media channels for more information when we get it!

A message to our visitors.